Flood and Drain is a re-circulating timed hydroponic system. This method is also known as Ebb and Flow.

There are two types of Flood and Drain system. Table Systems, where media is spread on a table or the plants are in pots spread out on a table. Bucket/Pot System which consists of flooding with an outer tray containing  pots with media.

It is a media based system, which theoretically can be used with any growing media. A free-draining media like clay pebbles can be flooded more frequently than a retentive media like stonewool. This in turn refreshes both the nutrient solution and oxygen more frequently. The Flood can be delivered from the top and flushes the old nutrient through, or from the bottom which requires much simpler fittings. 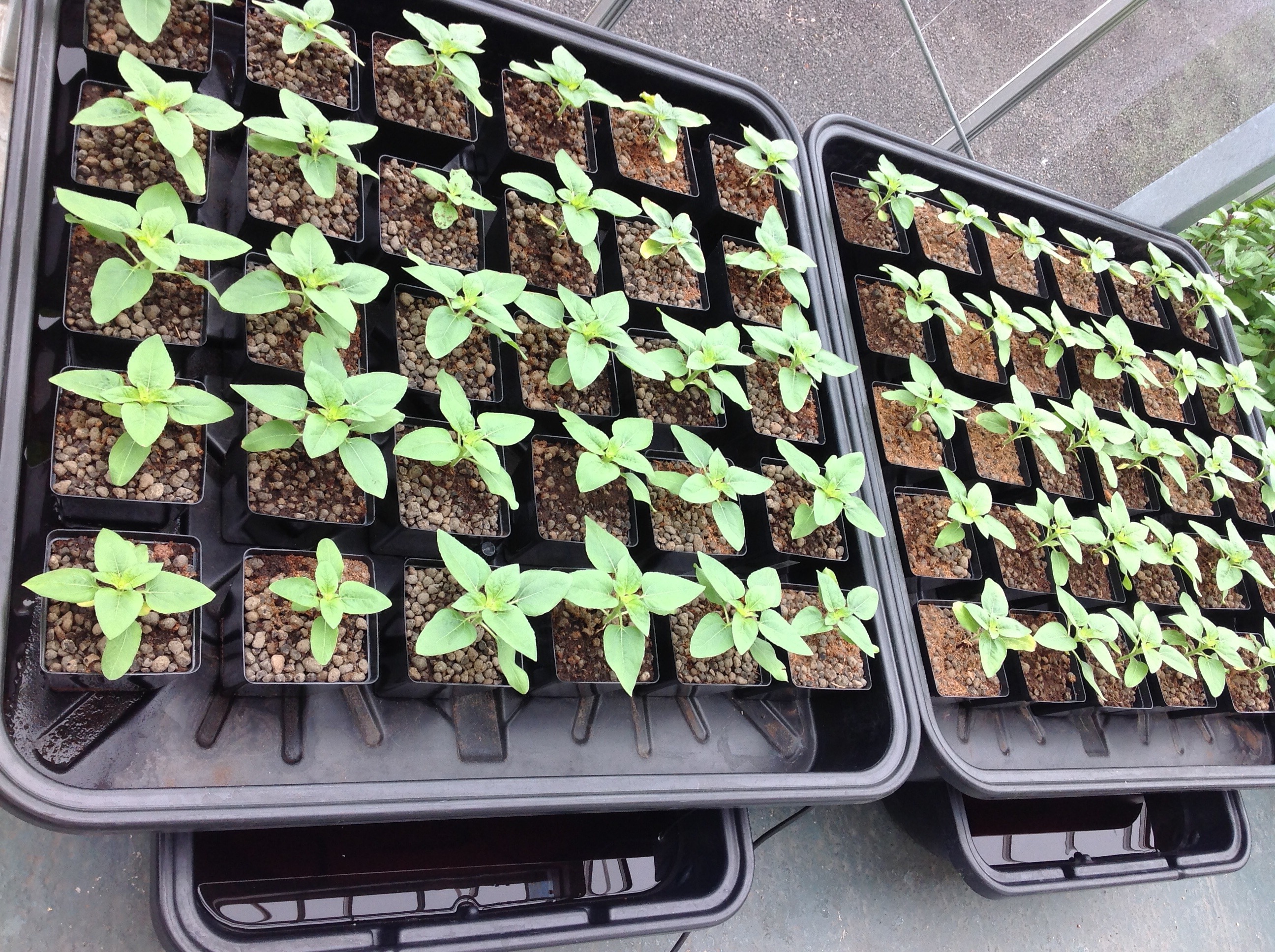